Molecules that are only stable in electronically excited states are called excimer molecules, but may be called exciplex molecules if they are heteronuclear. The exciplex halides constitute an important class of rare gas halides with formula RgX. Rg is the noble gas, and X is the halogen.

These molecules are de-excited by emitting a photon whose energy is some Electronvolts. Therefore, the wavelength of produced light produced is in the visible or ultraviolet spectra. Gas or gaseous mixtures that may lead to the formation of these molecules is a quasi-ideal laser medium since the population inversion is directly obtained when the excimer is formed.

The other consequence of the unstable ground state is that the excimer or exciplex species must be generated by an external excitation (either through a discharge, an electron beam, microwave, or radiation). At least two gases must be used to generate exciplexes: a halogen donor and a rare gas. However, as shown in Table 1, not all rare gas halide molecules lead to the development of lasers; some may not even exist. Multiple molecules and applications have been developed. 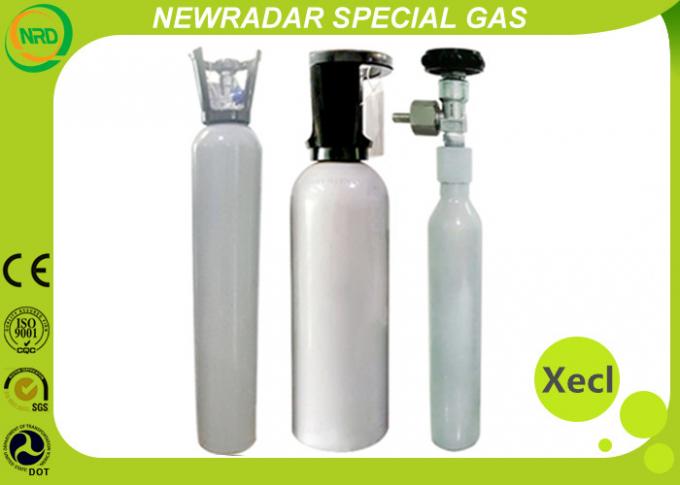