Nitrous oxide, a highly reactive gaseous substance with characteristic sweetness, is found in many occupations, including acetylene blow pipe welding, electroplating, metal cleaning and mining, as well as in the manufacture of dyes, Paint or nitric acid in the process may be exposed to nitrogen oxides. Contact with 150mg / m3 nitrogen dioxide 3 ~ 24h, the respiratory symptoms, such as cough, fever, shortness of breath, sputum with bloodshot, extremely weak, nausea and headache

Nitrogen dioxide plays an important role in the formation of ozone in the process. Nitrogen dioxide artificially generated mainly from the combustion process of the release, such as vehicle exhaust, boiler emissions etc.. One of the causes of acid rain or nitrogen dioxide.

To prevent leakage of gas into the air in the workplace. Avoid contact with halogen. When handling light light unloading, prevent the cylinder and accessories damaged. Fire fighting equipment and leakage emergency treatment equipment equipped with corresponding variety and quantity. 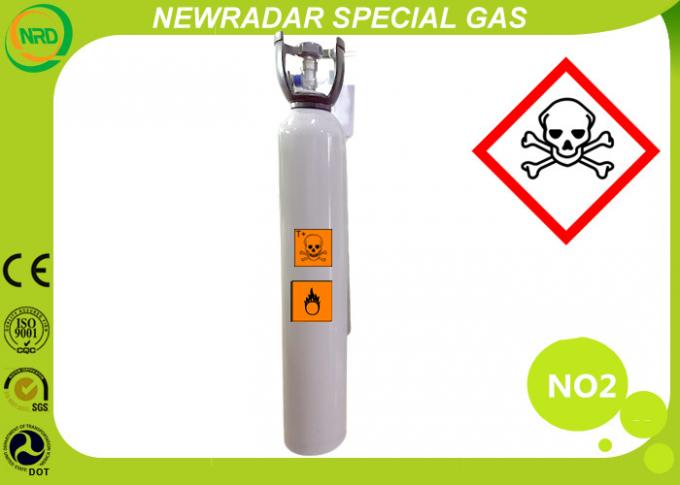