Nitrogen gas is the lightest pnictogen and at room temperature, it is a transparent, odorless diatomic gas. Nitrogen is a common element in the universe, estimated at about seventh in total abundance in the Milky Way and the Solar System. On Earth, the element forms about 78% of Earth's atmosphere and as such is the most abundant uncombined element.

Many industrially important compounds, such as ammonia, nitric acid, organic nitrates and cyanides, contain nitrogen. The extremely strong triple bond in elemental nitrogen dominates nitrogen chemistry, causing difficulty for both organisms and industry in converting the N2 into useful compounds, but at the same time causing release of large amounts of often useful energy when the compounds burn, explode, or decay back into nitrogen gas. Synthetically produced ammonia and nitrates are key industrial fertilizers, and fertilizer nitrates are key pollutants in the eutrophication of water systems.

Apart from its use in fertilizers and energy-stores, nitrogen is a constituent of organic compounds as diverse as Kevlar fabric and cyanoacrylate "super" glue. Nitrogen is a constituent of every major pharmacological drug class, including antibiotics. Many drugs are mimics or prodrugs of natural nitrogen-containing signal molecules: for example, the organic nitrates nitroglycerin and nitroprusside control blood pressure by metabolizing into nitric oxide. Plant alkaloids contain nitrogen by definition, and many notable nitrogen-containing drugs, such as caffeine and morphine, are either alkaloids or synthetic mimics that act on receptors of animal neurotransmitters.

Nitrogen is a nonmetal, with an electronegativity of 3.04. It has five electrons in its outer shelland is, therefore, trivalent in most compounds. The triple bond in molecular nitrogen is one of the strongest. The resulting difficulty of converting N2 into other comounds, and the ease of converting nitrogen compounds into elemental N2, have dominated the role of nitrogen in both nature and human economic activities. 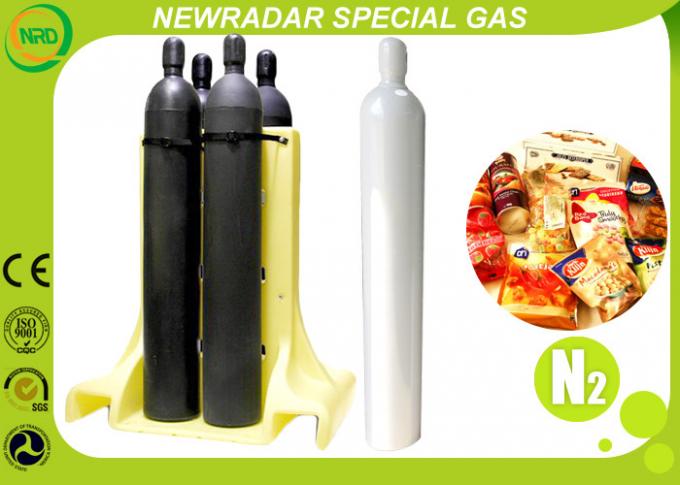