Nitrogen is a chemical element with symbol N and atomic number 7. The formula is N2.

Nitrogen occurs in all organisms, primarily in amino acids, in the nucleic acids and in the energy transfer molecule adenosine triphosphate. The human body contains about 3% by mass of nitrogen, the fourth most abundant element in the body after oxygen, carbon, and hydrogen. The nitrogen cycle describes movement of the element from the air, into the biosphere and organic compounds, then back into the atmosphere.

Commercial nitrogen is often a byproduct of air-processing for industrial concentration of oxygen for steelmaking and other purposes. When supplied compressed in cylinders it is often called OFN (oxygen-free nitrogen).

In a chemical laboratory, it is prepared by treating an aqueous solution of ammonium chloride withsodium nitrite. 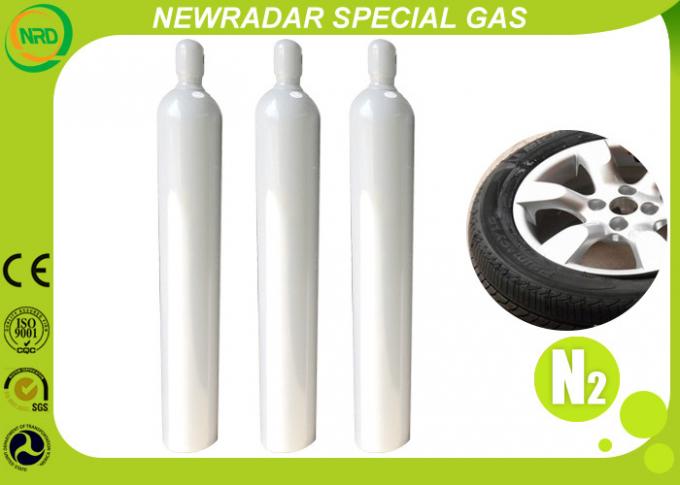