Argon is a chemical element with symbol Ar and atomic number 18. It is in group 18 of theperiodic table and is a noble gas. Argon has several desirable properties:
Argon is chemically inert gas.
Argon is the cheapest alternative when nitrogen is not sufficiently inert.
Argon has low thermal conductivity.
Argon has electronic properties desirable for some applications.

Other noble gases would be equally suitable for most of these applications, but argon is by far the cheapest. Argon is inexpensive since it occurs naturally in air and is readily obtained as a byproduct of cryogenic air separation in the production of liquid oxygen and liquid nitrogen: the primary constituents of air are used on a large industrial scale. The other noble gases (except helium) are produced this way as well, but argon is the most plentiful by far. The bulk of argon applications arise simply because it is inert and relatively cheap.

Argon is preferred for the sputter coating of specimens for scanning electron microscopy. Argon gas is also commonly used for sputter deposition of thin films as in microelectronics and for wafer cleaning in microfabrication. Blue argon lasers are used in surgery to weld arteries, destroy tumors, and to correct eye defects. Argon has also been used experimentally to replace nitrogen in the breathing or decompression mix known as Argox, to speed the elimination of dissolved nitrogen from the blood.

Argon is used in some high-temperature industrial processes where ordinarily non-reactive substances become reactive. For example, an argon atmosphere is used in graphite electric furnaces to prevent the graphite from burning.

For some of these processes, the presence of nitrogen or oxygen gases might cause defects within the material. Argon is used in some types of arc welding such as gas metal arc welding and gas tungsten arc welding, as well as in the processing of titanium and other reactive elements. An argon atmosphere is also used for growing crystals of silicon and germanium. 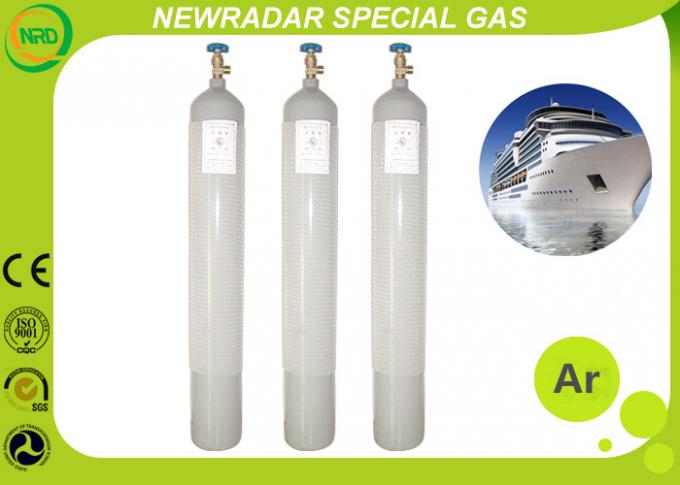