Krypton, like the other noble gases, is used in lighting and photography. Krypton light has many spectral lines, and krypton plasma is useful in bright, high-powered gas lasers, each of which resonates and amplifies a single spectral line. Krypton fluoride also makes a useful laser.

Earth has retained all of the noble gases that were present at its formation except helium. Krypton's concentration in the atmosphere is about 1 ppm. It can be extracted from liquid air by fractional distillation. The amount of krypton in space is uncertain, because measurement is derived from meteoric activity and solar winds. The first measurements suggest an abundance of krypton in space.

1. Krypton is used in some photographic flashes for high speed photograph.

2. Krypton gas is also combined with other gases to make luminous signs that glow with a bright

but also reducing the light output and raising the cost.

4. Krypton (along with xenon) is also used to fill incandescent lamps to reduce filament evaporation and

6. Krypton-83 has application in magnetic resonance imaging (MRI) for imaging airways. In particular, it 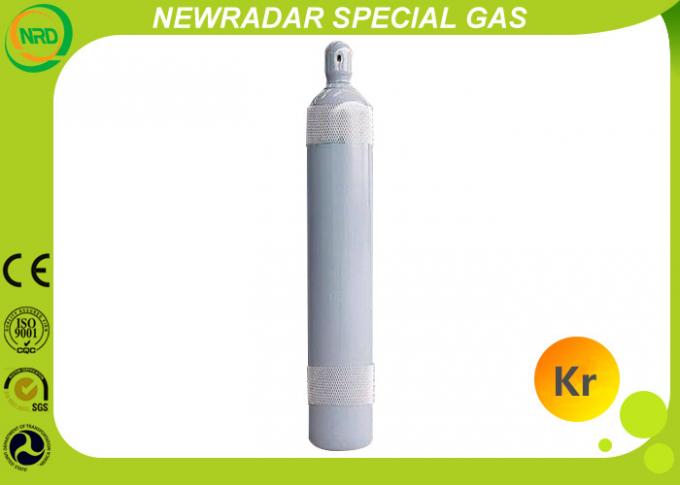