Nitrogen dioxide is a corrosive yellow-brown toxic gas with a choking odor. At room temperature and pressure it is marked with an equilibrium mixture of NO2 and N2O4, which are interconverted with temperature and pressure. Mainly used in the manufacture of nitric acid, nitrating agent, oxidant, catalyst, acrylic polymerization inhibitor, standard gas, rocket fuel, flour bleach. 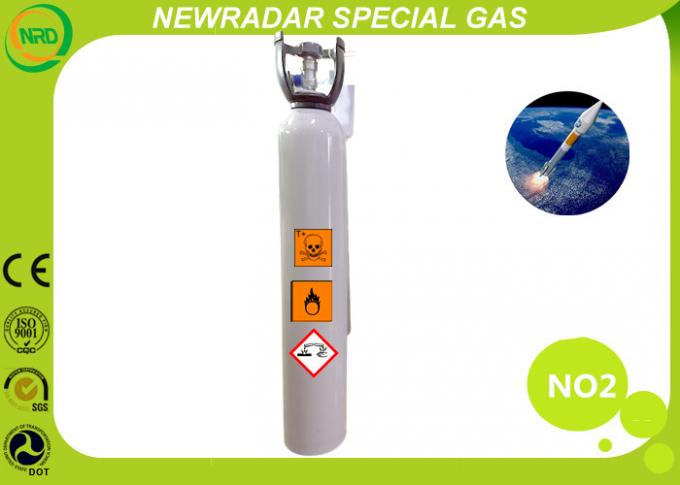