Oxygen storage methods include high pressure oxygen tanks, cryogenics and chemical compounds. For reasons of economy, oxygen is often transported in bulk as a liquid in specially insulated tankers, since one liter of liquefied oxygen is equivalent to 840 liters of gaseous oxygen at atmospheric pressure and 20 °C. Such tankers are used to refill bulk liquid oxygen storage containers, which stand outside hospitals and other institutions that need large volumes of pure oxygen gas.

Liquid oxygen is passed through heat exchangers, which convert the cryogenic liquid into gas before it enters the building. Oxygen is also stored and shipped in smaller cylinders containing the compressed gas; a form that is useful in certain portable medical applications and oxy-fuel welding and cutting.

The NFPA 704 standard rates compressed oxygen gas as nonhazardous to health, nonflammable and nonreactive, but an oxidizer. Refrigerated liquid oxygen is given a health hazard rating of 3, and all other ratings are the same as the compressed gas form.

Variations of oxygen shaped the climates of the past. When oxygen declined, atmospheric density dropped and this in turn increased surface evaporation, and led to precipitation increases and warmer temperatures.

At the current rate of photosynthesis it would take about 2,000 years to regenerate the entire O2 in the present atmosphere.

One hundred million tonnes of O2 are extracted from air for industrial uses annually by two primary methods. The most common method is fractional distillation of liquefied air, with N2 distilling as a vapor while O2 is left as a liquid. 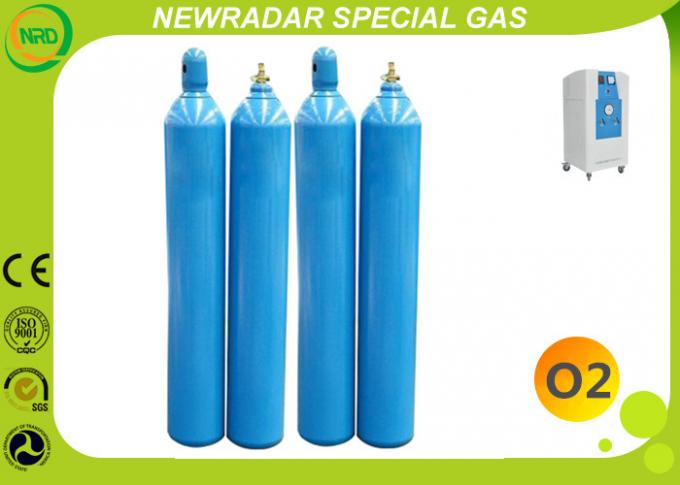