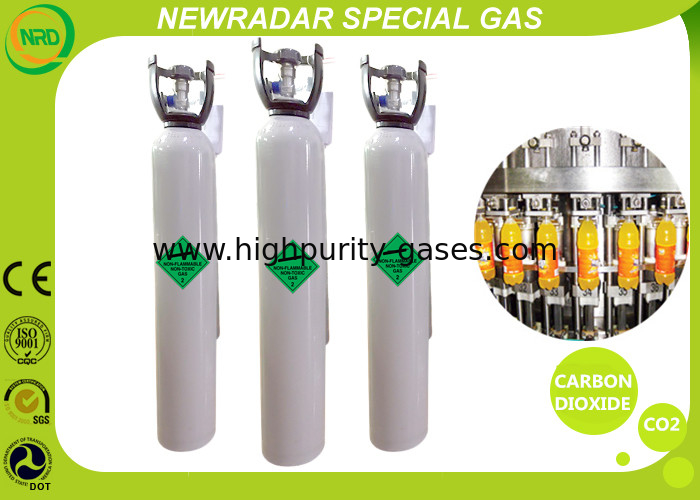 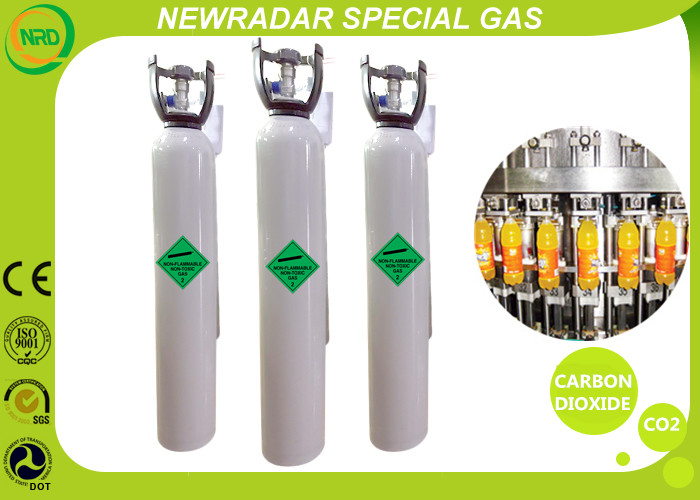 Carbon Dioxide is a compound of carbon and oxygen in proportions by weight of about 27.3 percent carbon to 72.7 percent oxygen.

A gas at normal atmospheric temperatures and pressures, Carbon Dioxide is colorless, odorless and about 1.5 times heavier than air.

The concentration of Carbon Dioxide in the earth’s atmosphere by volume is 0.033%.

Carbon Dioxide is An odorless, white solid. Can cause damaging frostbite. Noncombustible and nontoxic. Liquefies at -109째F. Can asphyxiate by displacement of air. Used as a refrigerant.

Contact of very cold liquid/solid carbon dioxide with water may result in vigorous or violent boiling of the product and extremely rapid vaporization due to the large temperature differences involved. If the water is hot, there is the possibility that a liquid "superheat" explosion may occur. Pressures may build to dangerous levels if liquid gas contacts water in a closed container. With water forms weak carbonic acid in nonhazardous reaction. Dusts of magnesium, lithium, potassium, sodium, zirconium, titanium, and some magnesium-aluminum alloys, and heated aluminum, chromium, and magnesium when suspended in carbon dioxide are ignitable and explosive. This is especially true in the presence of strong oxidizers, such as peroxides. The presence of carbon dioxide in solutions of aluminum hydride in ether can cause violent decomposition on warming the residue, [J. Amer. Chem. Soc., 1948, 70, 877]. Dangers arising from the use of carbon dioxide in the fire prevention and extinguishing systems of confined volumes of air and flammable vapors are examined. The hazard associated with its use centers around the fact that large electrostatic discharges may be created that initiate explosion, [Quart. Saf. Summ., 1973, 44(1740, 10].

Vapors may cause dizziness or asphyxiation without warning. Vapors from liquefied gas are initially heavier than air and spread along ground. Contact with gas or liquefied gas may cause burns, severe injury and/or frostbite.